The Agency has experienced remarkable growth and expansion in services during the past 40 years. 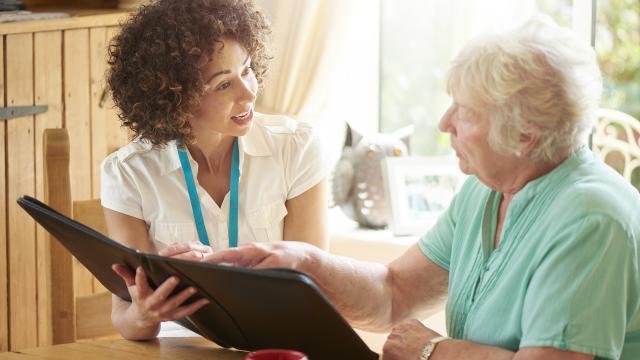 Come work with us! Learn more about our employee benefits package and current job opportunities.

Pathways, Inc. was originally incorporated as The Greenhouse Center in 1976. It all began when Joyce Lubold, whose son had suffered brain damage resulting from an automobile accident, began looking for services for her son. In her search, she discovered that there were others in the area that also needed similar assistance, but she found no local organizations equipped to help them.

Mrs. Lubold organized a group of supporters and attempted to obtain financial support from the community while searching for a staff of people willing to work with brain-injured individuals. As support grew, she incorporated the group calling it The Greenhouse Center. The name came from the large, green house then located at 158 Chemung Street in Corning where services were first offered. The Center soon relocated to 280 Denison Parkway, which is the former St. Patrick’s School building. For the next three years, the group faced repeated obstacles and funding problems.

By 1979, the new nationwide trend was to move people out of state-operated institutions and place them in small residences being run by local agencies. The rationale for this change was that it offered a more humane method of treating people and it would allow them to live in more normalized environments. The New York State Office of Mental Retardation and Developmental Disabilities (OMRDD), now called the New York State Office for People with Developmental Disabilities (OPWDD), approached The Greenhouse Center offering guaranteed state funding for them to develop and manage such residential and day treatment programs. In 1979, the Board of Directors disengaged from The Greenhouse Center and formed Pathways, Inc.

The contrast between the humble beginnings of this organization and what it is today is remarkable. The Agency has experienced continued growth and expansion in services during the past 40 years. We have grown from operating a one-day treatment program in Corning to now operating more than 50 different programs in 15 counties across the Finger Lakes, Southern Tier, and Rochester, New York regions, with the Administrative Offices located in Corning at 33 Denison Parkway West. In addition to intellectual and developmental disabilities services, we offer services in mental health, family support, traumatic brain injury, nursing home alternatives, home care services, adult’s and children’s care management, collaborative programs with the Steuben County Department of Social Services, therapeutic foster care, and childcare.

Our staff consists of many compassionate individuals, who give of themselves every day in ways that most others would not even consider. They live by our Mission Statement “…to meet the expressed needs of those we support and offer them meaningful opportunities to develop their own capabilities.” We put people first.